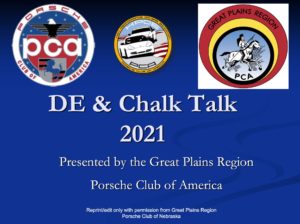 On April 8th, GPR presented our DE 101 presentation via Zoom. Our DE 101 presentations are designed to provide an introduction on what to expect from a DE (Driver’s Education) weekend. Topics include: how to register, car preparation, as well as safety and instruction highlights for anyone interested in attending one of our DE events or looking for a refresher if it’s been a while since you have been on the track with us. The 2021 DE 101 Powerpoint presentation is now online for those of you who were unable

Please bring at least one box of Macaroni & Cheese to each event you attend in April. Drop off your boxes in the designated Food Bank box at each event. Be sure to check back each month to find out what the item of the month will be. Thank you for your generosity! 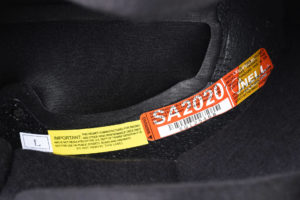 With the availability of SA2020 helmets, SA2010 helmets are no longer allowed for DE and club race events. As of 2021, only Snell SA2015 and SA2020 certified helmets will be permitted. If you have any questions, please contact Rick Mourey. 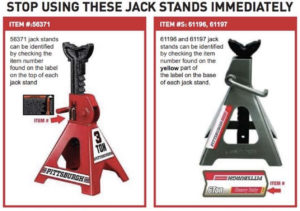 As many members of the club work on their Porsches and other cars, here is some important information for our members. Harbor Freight has issued a safety recall for certain models of their 3 Ton and 6 Ton Heavy Duty Steel Jack Stands, specifically item numbers 56371, 61196, and 61197. If you own any of these jack stands, STOP USING THESE JACK STANDS IMMEDIATELY. When applicable based on current COVID-19 conditions, you can return them to your local Harbor Freight store to receive a gift card equal to the retail

To all of our racers, club members and friends, GPR is sad to announce the cancellation of our Club Race and DE event on May 29, 30 and 31 at Motorsport Park Hastings. We have been in close communication with the Governor’s office over the last few days seeking clarification as to whether the event could go forward. Due to the number of Covid 19 cases in the Central Nebraska area, where Hastings is located, the Governor’s office informed us that they would not be able to make any exceptions 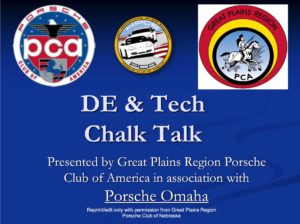 In light of our cancellation of this year’s DE 101 event, we are making the presentation slideshow available to you on our website. You can download the PDF here, or view the presentation in your browser on our DE 101 Presentation page.

Covid-19 Update – August 13, 2020 The GPR is cautiously returning to social activities amid the ongoing virus concerns. The PCA has mandated that all Regions are required to have event participants sign a document called the “Communicable Disease Exposure” waiver. The waiver releases the PCA and GPR from liability should you suspect you were infected with Covid-19 during one of our events. We are working on ways for our members to electronically sign this and other documents and ultimately have a no-contact process. It will require a bit of

Hosted by Porsche Omaha, we are holding our 2020 DE 101/Tech event again this year for drivers who are looking to do their first DE along with topics for our experienced DE drivers and we’ll have a garage tech session. As in previous editions, we will cover all the DE 101 basics for those interested in doing their first DE. From getting registered, car preparation, to what the day will be like. We’ll make sure you are ready for a fun and memorable experience. For our experienced DE drivers, we

Photos by Rich McGowan. Read the full article in the January 2020 Der Skooner. Rich McGowan, his father (and past GPR president) Bob, and his brother Bill took a European vacation that included visits to the Porsche, BMW, Ferrari, and Mercedes museums, and more. Enjoy some additional photos that didn’t make it into the Der Skooner article. 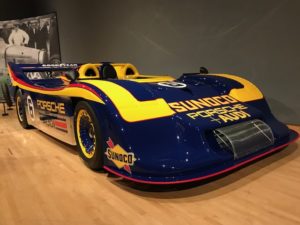 Photos and article by Kurt Halvorson The Phoenix Art Museum is currently hosting, (through March 10th), an exhibit of prominent racing cars, including turn of the (20th) century cars up through the 1970s.  Access is managed through a time stamp on your ticket, so a limited number of people are in the exhibit at any point in time.  That said, there is no limit on the amount of time you can spend looking, which was a good thing, as we spent nearly two hours enjoying the roughly 22 cars on display. Cars